Diabetes is a physiological manifestation caused by mental/emotional distress and unhealthy food plan. Those who suffer the impact of negative psychological stresses through the dysfunctional activation of the autonomic nervous and endocrine systems are susceptible to creating diabetes.

A variety of psychological variables have been discovered to be important in the metabolic healing process, particularly regarding adherence to self-care behaviors, such as creating happiness and peace of mind. Lifestyle and mental/emotional healing are the cornerstone of diabetes healing. Therefore, a healing intervention that is able to achieve the control of glycaemia, prevent micro and macro factors, improves the quality of life.

In fact, using hypnosis to discover and process mental/emotional/physical issues has shown not only to reduce anxiety, but also change physiological parameters 2 ) and has been effective in healing diabetes, including regulation of blood sugar, increased compliance, weight loss in adults as well as adolescents. Recently in a RCT, in person with type 1 diabetes , the hypnosis group decreased the standardized blood glucose levels, while the control group increased 3 ).

One of the most problematic diabetic complications that is responsible for amputations is a diabetic foot ulcer and hypnosis has shown positive results in increasing peripheral blood circulation. Also, mind-body interventions for vascular issues have been reported to be effective in relieving diabetic angiopathy together with biofeedback. In general, the efficacy of healing with hypnosis is highly evident.

Hypnosis  indeed serves as a motivational healing and is effective to alter beliefs and behaviors and hence serve as a highly effective and efficient protocol to heal diabetes. The increased level of healing shown during the hypnotic state would be helpful in increasing compliance for exercise, diet, and other lifestyle changes required to heal diabetes, including stress reduction that is associated with the better metabolic control. Hypnosis is powerful tool to induce relaxation, decrease psychological morbidity, often associated with diabetes, and accelerate wound healing, in case of diabetic foot ulcers. Another advantage of hypnosis is the fact that the person can learn self-hypnosis for home practice increasing person’s sense of control over the healing process, thus, enhancing efficient and effective outcomes.

In conclusion, evidence shows that hypnosis helps people with diabetes because it has been shown to be a powerful method of helping people change the cause of diabetes–i.e. beliefs, thoughts and feelings. This development adds diabetes to the list for which hypnosis is an effective therapeutic protocol. Recently, an approach called cognitive hypnotherapy 4  that healing hypnosis based on the needs of the person is highly effective. This type of theoretical orientation is based on social constructs in which language and meaning constitute the core ingredients of psychotherapeutic interaction with physical dysfunctions. 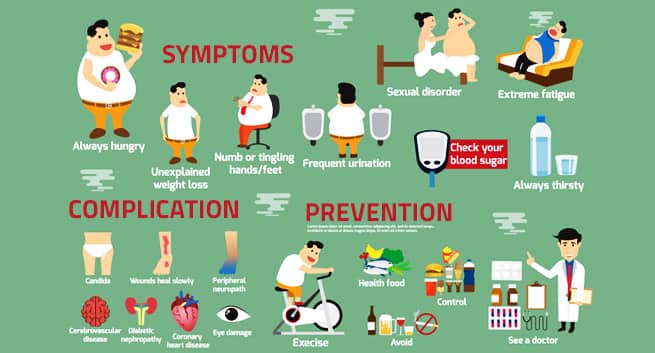 Discovering and healing the cause of all distress symptoms is the most efficient and effective protocol to regain your life.

When someone comes to me, no matter how dire their predicament seems to be, I KNOW if she/he is WILLING to do the mental/emotional discovery work; releasing and forgiving, anything can be healed. The word ‘incurable’ or ‘impossible’ only means that the particular condition, symptom or diagnoses cannot be ‘cured’ by ‘outer’ methods and that she/he needs to GO WITHIN to effect the healing. The condition, symptom or diagnoses came from mental/emotional distress and will go back to nothing.

When beliefs, thoughts, feelings and behavior are accessed and addressed at the unconscious level, the ’cause’ of any and all symptoms and behavior become crystal clear–it is mental/emotional, physical, and spiritual trauma/distress manifesting in the behavior and symptoms you experience.

A Deep Healing process is a clear, concise and direct method of transforming the mental, emotional and physical symptoms that transcends traditional protocols while retaining a professional focus. Deep Healing avoids prescription and OTC drugs, body parts removed, artificial hypnotic inductions and psychic interventions. The process ties in directly with the experiences and needs of the person. The process is down-to-earth, to-the-point, practical, fearless and with 30+ years experience and centuries of holistic health care protocol success I know there is no doubt Deep Healing is effective.

Mental/Emotional and physical health and Wellness is the act of remaining calm and focused while working things out with respect and unconditional intent to find a solution. Ultimately your personal character; personal strength and courage will evolve. To attain wellness requires you to make healthy choices in nutrition, relationships, social contact, work and leisure activities.

In case you didn’t know….Medical malpractice kills 500 times more Americans than accidental gun deaths… we need DOCTOR control – https://www.naturalnews.com/2018-09-26-medical-malpractice-kills-500-times-more-americans-than-accidental-gun-deaths.html     At least 15,549 people were killed by guns in 2017, excluding most suicides,

A shocking and horrifying look inside the world of “psychiatric medicine” … like “going into HELL” – https://www.naturalnews.com/2018…

Psychiatry Admits It’s Been Wrong in Big Ways, But Can It Change? Mar 5, 2014 – History shows that paradigms of psychiatric care can change, but, in a big-picture sense, I don’t know how much is really changing in the United States. I think dissident mental health professionals also need to confront this question. Can they be hopeful that their professions will change their ways, …

The Real Problems With Psychiatry – The Atlantic https://www.theatlantic.com/heal… May 2, 2013 – A psychotherapist contends that the DSM, psychiatry’s “bible” that defines all mental illness, is not scientific but a product of unscrupulous politics, pharmaceutical input and … what’s wrong with “drapetomania,”but it’s easier to see the balancing act involved in saying homosexuality is or isn’t a disease –USA tops charts for WORST health outcomes of all industrialized nations with 70% of Americans taking experimental prescription drugs  https://www.naturalnews.com/2018-11-05-usa-has-worst-health-outcomes-of-industrialized-nations.html

Despite a level of spending that dwarfs the other countries in the study, the U.S. comes in dead last in three of the five, and arguably the most important three, of the five domains: health outcomes, equity, and access. We are tied for last on administrative efficiency and about average on care process. The U.S. is also last in their summary indicator aggregating all five dimensions.

The bottom line, and the paper’s most basic conclusion, is that “the performance of the U.S. health care system ranks last compared to other high-income countries.”

The study also finds that the “U.S. has the highest rate of mortality amenable to health care.” More people die unnecessarily in the U.S. due to inadequate care, or the pure absence of care, than any in any of country in the study. The issue is not merely problems in the American life style, Americans die more than Europeans because of poor quality health care or lack of access to care. It is that simple.

I am here only to be truly helpful. I offer a FREE 20-minute, no obligation conversation to answer your questions and to explain how the healing process works. https://drdorothy.net

Thank you for subscribing to our newsletter!

Something went wrong there, try again.