US judge who beat daughter with belt suspended
By Kevin Dolak
ABC News – The Nation, November 23, 2011 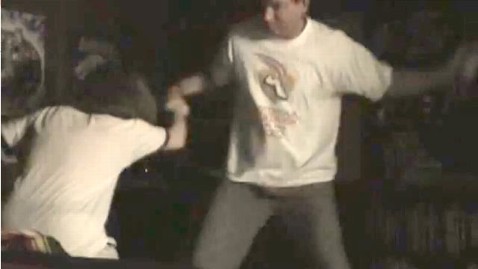 The Texas judge who was seen beating his 16-year-old daughter in a 2004 video that garnered millions of views when it hit the Internet has been suspended by the state Supreme Court.

Judge William Adams of Arnasas County, Texas, has been suspended with pay pending an investigation by the State Commission on Judicial Conduct. The Associated Press reported that the order was signed on Tuesday by the clerk of the state’s highest court.

Judge Adams agreed to the temporary suspension, and according to The AP he does not admit “guilt, fault or wrongdoing” regarding the allegations.

Hillary Adams, the daughter who is seen in the video, secretly recorded the beating seven years ago and uploaded it to YouTube Oct. 27. The video was then posted on link-sharing website Reddit where it racked up millions of views and incited anger among viewers.

In the graphic video Judge Adams is seen beating his daughter with a belt and cursing at her. He has previously said that he does not feel that he did anything wrong.

“No, in my mind I haven’t done anything wrong other than discipline my child after she was caught stealing. And I did lose my temper, but I’ve since apologized,” Judge William Adams told CBS News Corpus Christie, Texas affiliate KZTV after the video went viral on the internet.

Both Hillary and William Adams have said the beating took place as punishment for then-16-year-old Hillary illegally downloading from the Internet. She said the beatings were a regular part of her life during those years, but she did not publish the video until now because she feared it would incite more violence, according to the interview.

Hillary Adams told ABC News that she uploaded the seven year old clip so that she could share what she felt was wrong with the masses.

“I just wanted somebody to see it and tell me, ‘no, Hillary this wasn’t right and I’m glad you were able to grow up and move on past this’ and ‘no, your Dad wasn’t right,’” Hillary Adams said.

The video prompted a massive public outcry, with thousands of calls of complaint to the local courthouse, sheriff’s office, and police department, and also prompted a police investigation into the matter.

The State Commission on Judicial Conduct announced publicly Nov. 2 that it had opened the investigation. William Adams has not sat on the bench since the video went viral.