It is highly effective to utilize personal and professional knowledge and techniques to assist people to connect with Animals, Birds, Bugs, Insects, and Amphibians utilizing psychic energy to heal and navigate the vicissitudes in life. However, you can learn to commune with animals and creatures to gather information to enhance your life. Rest assured no actual Animal, Bird, Bug, Insect, and Amphibians are involved. It is the ethereal energy of each one that is all we need to connect with.

Communing with Nature—has a history since the beginning of human existence on this planet.  In fact, first people had daily interactions with animals, birds, and creatures. They weren’t designated as ‘Wild’ or something to kill because humans designated them as dangerous or a nuisance. It was simply a juxtaposition of co-existence for their respective needs.

First people in every area of planet earth relied on animals, birds, and creatures for clothing, food and some people relied on them for shelter. For example, some people in the lower half of the region that is now called North America relied on Bison and deerskin to build their transportable homes, food, clothes, and tools.  Equally as important, animals, birds, and creatures taught humans what berries, plants, and water were safe for consumption. Communing with Nature—has a history since the beginning of human existence on this planet.  In fact, first people had daily interactions with animals, birds, and creatures. They weren’t designated as ‘Wild’ or something to kill because humans designated them as dangerous or a nuisance. It was simply a juxtaposition of co-existence for their respective needs. 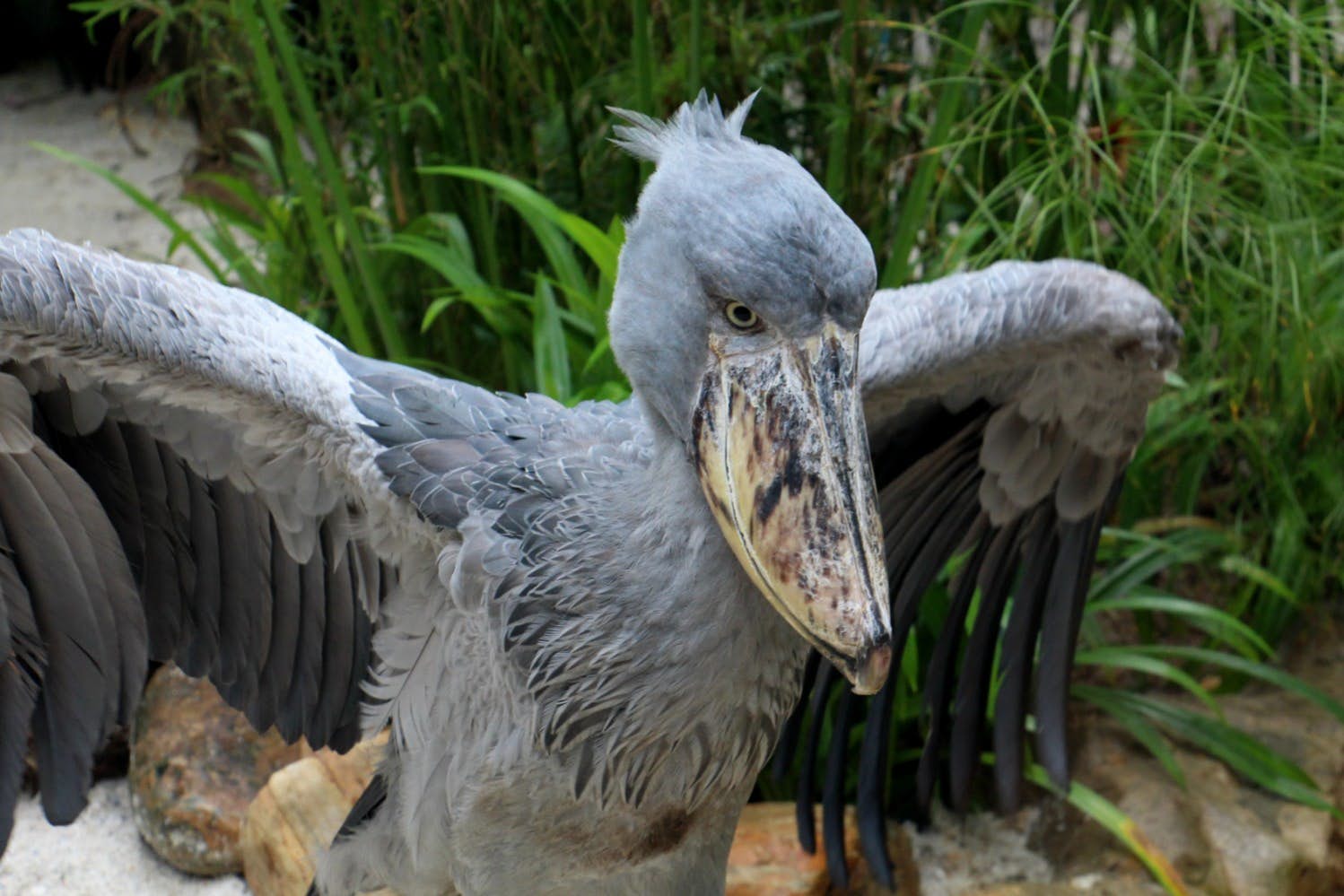 Shoebill named for its shoe-shaped beak evolved from dinosaurs hundreds of millions of years ago.

The Chinese Zodiac, known as Sheng Xiao, is based on a twelve-year cycle, each year in that cycle relates to an animal sign. These signs are the rat, ox, tiger, rabbit, dragon, snake, horse, goat, monkey, rooster, dog, and pig. People born in a certain animal year are believed to have attributes of that animal, which could either help or hinder a relationship. An important use of the Chinese Zodiac is to determine if (the signs of) two people are compatible, in a romantic relationship or any relationship.

How does this work? Your soul has an energy marker that draws you to your destination and experiences that you and your intended soul group agreed to accomplish.  Every soul has an animal, bird, or creature as a life identity—North American natives call a life identity a totem. As life expands we unconsciously call in animals, birds, or creatures as needed to remind us what needs our attention or ‘for information’ before something transpires. This information is both, positive or negative news. And when heeded we can avert negative outcomes or facilitate or enhance positive outcomes.

Animal symbolism awareness is by no means worshiping of the animals but rather using the animal energetic meaning as spiritual tools, or rather a spiritual symbiosis, along with a personal path of awareness. When there is honor and respect for all of nature life becomes a mutually beneficial experience between humans and nature’s bounty. Humans are not above nature, humans are as much a part of nature as animals and creatures. All of nature is a demonstration of spiritual connectedness that helps guide us into self-discovery.

Personal power animals and the connection to animals and their wisdom are found throughout the world in many cultures. From cave paintings, ornate jewelry, and carvings to countless stories and legends. Animal wisdom helps connect to our innate being. In the distant past, there was no separation between humans and animals. This view is reemerging as we awaken to the knowledge of the animal’s contribution to the ecology of the planet. We were and are inextricably linked as one. Animals, regardless of culture and location, teach us by example.

The timeless widespread view of power animals can be related to Carl Jung’s concepts. He termed “archetypes” as primordial symbols of the “collective unconscious”. Animal symbolism is the archetype that works with the unconscious, subconscious mind, and cellular levels, tapping into the energy that is present in all things. They are part of the collective mind as a constant truth found throughout the world.